"How wonderful it is that nobody need wait a single moment before starting to improve the world."
—Anne Frank
Story
Radene Marie Cook 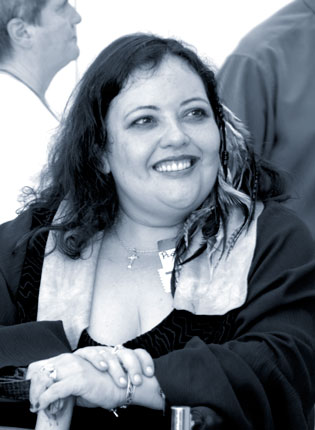 In March of 2000 while on the job as an airborne reporter for a Los Angeles news station, my aircraft hit a “microburst”, a wind shear event known for being especially violent and often deadly. Through some amazing events in the next four seconds we escaped hitting the ground but not the damage of a crash. The midair collision with the winds moving straight down and over 400 miles per hour damaged us just like being rear ended by a Peterbuilt truck when you’re a soapbox derby car.

I wouldn’t learn until months later exactly how my life would be affected by events of that day both in my plane and then in the ER. I was an injured worker now firmly placed within the Worker’s Compensation System, and all of my future care would be determined not by myself or my doctors, but by what benefits can be listed behind my case number. The immediate list of injuries was a concussion, five-level whiplash, a cracked vertebrae and lumbar injuries down through the coccyx (a list completed four months after the crash – when my WC assigned doctor finally got approval for films to be taken).

Where my injuries started was nothing compared to where I ended up after four-plus years of “treatment” under the bureaucracy of Worker’s Comp and “Fail First” treatment policies that continued to injure. In that time, my spinal cord had been punctured twice; I had 79 separate needle punctures to my back because of all the epidural steroid injections, nerve blocks and the like. Eventually, the compromised cord lining caused an actual spinal cord injury called Adhesive Arachnoiditis in my low back (and over time, my neck). That in turn, brought on Central Pain Syndrome, CRPS Type II, Cauda Equina Syndrome and Epidural Fibrosis. The pain was constant and brutal and I was substantially under-medicated. At least twice a month, my body would start slipping into shock.

My family and I decided enough was enough! We fought to pull me out of the Worker’s Comp system and won my freedom. One year later I would find a specialist in “intractable” pain.  My life would once again change on the moment, but, this time, it would change in my favor!

The specialist determined that with all the physical damage done to my nerves as well as the systemic damage, I had one more “syndrome” to add to the list but this one was an umbrella for the others: CARDIAC ADRENAL PAIN SYNDROME. This condition is rare in that the person must have severe and complex pain signals coursing through the body to such a degree that the heart and hormone levels are put in danger. Without treatment for the pain ITSELF, the heart WILL arrest and the brain WILL stroke in a short sustained time. That was why I had been slipping into shock so often. Through a multi-modal treatment regimen with high-dose opioids as its base, I began to get my life back.

It has now been five years of appropriate pain treatment and not only has my pain level diminished (though not gone); my health has returned to a level I never thought possible! I am still disabled and must take things slowly, but within my limitations. I have made a new life as an artist and won national and international awards in art focusing on pain issues.

I’m also a freelance writer and a pain advocate. I am the Pain Advocate Co-chair with my husband, Doug, for IPPU-Intractable Pain Patients United; California State Leader for the American Pain Foundation Action Network and with all of my conviction, I support “For Grace” in their tireless work for women in pain. I am thrilled and honored for this opportunity to stand by their side.