"How wonderful it is that nobody need wait a single moment before starting to improve the world."
—Anne Frank
Story
Crystal Moody 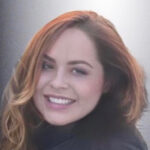 In 2006, I worked in an academic hospital for the Chair of Vascular Surgery. When I needed patient care, I GOT IT.

At 28 years old, I had the sudden onset of unexplained, left-sided paralysis with muscle spasms from the top of my head to my left hip. My left hand and arm were paralyzed for some reason. MRI results showed a “sudden disc rupture.” It required an urgent spinal fusion to repair the nerve impingement. There was no time to TRY injections, medications, etc. Without the C6-C7 Anterior Cervical Decompression and Fusion (ACDF), I faced permanent paralysis.

Feeling there was no other option, I did as the surgeons insisted and had the fusion in 2006. However, my story would not end there. ACDF is considered to be the “gold standard” to treat these conditions with adjacent-level degeneration-free rates of 86% at five years. Although successful, the incidence of symptomatic adjacent segment disease (ASD) has been widely accepted as 2.9% per year and 25.6% for 10 years after cervical fusion in 2006. From 2012-2016, they continually misdiagnosed me, and I had my neck fused (Verma, n.d.). Adjacent segment disease is not fully understood, but I am more susceptible than others.

In 2013, the neck pain started again. I still worked for that hospital, but in psychiatry. My pain was brushed off until December 2015 when I coughed so hard I blew out my cervical/coccyx regions. I was sent for an MRI. My PCP read the radiology report and said, “This is your new norm with fibromyalgia. Learn to live with it.” She then referred me to psychiatry (the department I managed). Her office note with the radiology report led to seven subsequent specialists misdiagnosing me.

As a last resort, I was referred to the hospital’s Director of Physical Medicine and Rehabilitation. He wanted to see my MRI images (NOT just reports). His immediately asked, “You didn’t pay for this MRI, did you?” I replied, “Yes, sir, I had to.” This MRI was read by the radiologist upside down and backwards. There was a large herniation at C7-T1, just where the MRI images cut off. I had, yet, another MRI.

From 2016-2019, I had nine surgeries (four major spinal procedures to rectify the 2016 misdiagnosis.) During my final fusion (L5-S1), I was incised on my lower back and lower abdomen (ortho and vascular surgery.) While being moved between tables, my IVs were damaged and I was completely awakened. The IV in my arm FELL OUT?! My arterial line “blew.” I awoke to the sound of my own voice repeatedly crying out to God to “Please save me.”

I was devastated. My surgeon denies it, still, and it has been almost completely scrubbed from my medical records. The recovery room nurse informed my family due to my delayed status in surgery. Medical PTSD is real.