"How wonderful it is that nobody need wait a single moment before starting to improve the world."
—Anne Frank
Story
Cynthia Kiernan 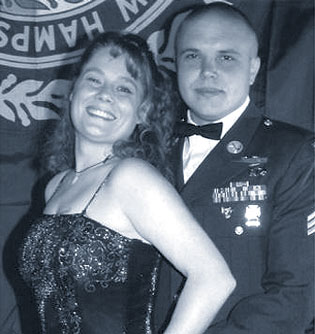 I had suffered from abdominal pain since I was 13 from excessive sexual abuse as a child. The doctors told me to take ibuprofen. By the time I was 19, taking two of the 800-mg. tablets did nothing for the pain. Finally, at 19, a doctor took me seriously and performed the first of 13 surgeries to remove scar tissue that had completely enveloped my female organs, preventing me from being able to carry a child.

Even after the first three operations, doctors treated me as if the pain I was experiencing was all in my head, even though I had medical documentation to support the fact that my pain was real. The last surgery in January 2006 (age 34), resulted in a full hysterectomy because of the damage from the sexual abuse. This was not the only pain deemed all in my head, as I have also suffered from migraines since I was 10, and until recently, I have felt that doctors (male, especially) treated me as though I was exaggerating the pain.

I feel my situation touches on two very important issues for women: pain recognition and the need for society to do more for victims of abuse at an earlier age in the medical profession. I was never given medical attention for the abuse as a child, even though the courts and social services were made aware of the sexual abuse. How many other women need to suffer the majority of their lives from diseases given to them in youth as a result of abuse with no medical treatment?