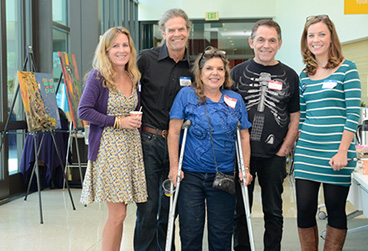 Conference to Focus on the Gender Inequalities in the Treatment of Pain Groundbreaking event will bring together physicians, patients and policymakers

LOS ANGELES (Feb. 5, 2008) — For Grace, a nonprofit dedicated to ensuring the ethical and equal treatment of all women in pain, today announced it will launch Women in Pain: Gender Matters, a conference that will focus on the gender inequalities in the treatment and research of pain.  The conference will be held on May 30 in Duarte at the City of Hope Medical Center.  City of Hope and Southern California Cancer Pain Initiative  are co-sponsors of the event.

Women in Pain: Gender Matters will focus on the disparities in treatment and research toward women in pain, traditional and alternative therapies for pain control, legal and regulatory issues in chronic pain management, and the role of the interdisciplinary team in cancer and pain.  In what is believed to be a first for a pain-related conference, health care providers and women in pain will attend lectures and workshops together.

According to the National Institutes of Heath, research has shown that women experience more pain than men and are more prone to chronic pain disorders such as fibromyalgia, pelvic pain and rheumatoid arthritis.  But women are less likely to receive treatment due to cultural, economic and political barriers.  In fact, many women around the world report that their pain is often dismissed by medical professionals who don’t take their complaints seriously.

“Over the last several years, there has been a tremendous emphasis on raising awareness of pain issues affecting women. We created this conference to bring a high level of thinking and analysis to this issue and to educate the public, health care providers, advocacy organizations and the government about the lack of diagnosis and adequate treatment of chronic pain in women,” said Cynthia Toussaint, founder of For Grace and a chronic pain sufferer herself.

This pilot conference also will feature a dramatization of the typical doctor-patient relationship and demonstrations of various creative arts therapies.  Lisa Lynne, a world class Celtic harpist who is the founder of the Harps for Hearts music therapy program at City of Hope, will lead a music therapy breakout session.  For Grace also will premiere their new public service announcement that features actor Jack Coleman, one of the stars of NBC’s hit show, Heroes.

A national panel of expert speakers to include:

Attendees are expected to include physicians, nurses, pharmacists, social workers, lawmakers, women in pain and many others dedicated to the awareness of chronic pain issues affecting women.