"How wonderful it is that nobody need wait a single moment before starting to improve the world."
—Anne Frank
Story
Paula Whelan 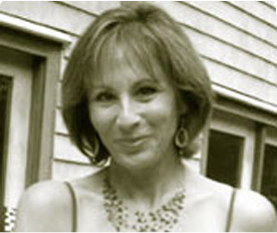 It was a beautiful spring day the morning of May 12, 1996. We were living in Santa Fe, New Mexico where we had been for three years, and getting ready to move to Greenwood Village, Colorado. My husband Patrick and our two children have had the great fortune of living in several great states over the last 20 years.

I’m a type AA personality, and love to work hard and play hard, so I was organized, blasting music all day long while packing and reminiscing about how great our life was and how blessed and lucky we were to have yet another great job we were moving for, and another beautiful state we couldn’t wait to explore. Little did I know my life as I knew it was about to change in ways I couldn’t have imagined.

I woke with the pain of what I thought was a urinary tract/bladder infection.  I was so mad because I had so much to do that getting sick at this moment was not convenient at all.  Luckily I was very good friends with my doctor and his nurse practitioner, so I called her, described my symptoms, and together decided I had a bladder/urinary tract thing going on. She knew I was in the middle of moving, so called in an antibiotic and a sulfur drug for me, so I wouldn’t have to come in. An hour later I was at the pharmacy, got the medicine, and thought I’d rest today, take the medicine, and tomorrow I’d be good to go. Boy was I wrong!

Over the next few days my symptoms became worse; doubled over with pain, and just to make things interesting, I had an allergic reaction to the sulfur medication. It was not my finest week. But I was still packing! We had a deadline.

I finally crawled in to see my Internist a week later, in tears; barely able to drive, walk or sit. So he put me on a stronger antibiotic and something else and ordered me home to bed, and to make an appointment with a Urologist. I had already done some research at this point so I was ready to hear the words “I think we need to rule out bladder cancer.”  I am moving in two weeks.

That doctor and I decided it was better if I found a Urologist in Colorado.  Luckily my good friend’s father was an Anesthesiologist in Denver, so I got in touch with him, and he highly recommended this one doctor in a very successful group. I called, and he was booked for the next four months, but his associate was available the day after we moved to Colorado. I took the appointment and waded through the next two weeks with lots of pain medication, just so I could function and get my family moved.

I can do this I said to myself. As long as I don’t have bladder cancer, I can handle anything! I was so afraid of the “C” word because I hadn’t heard of the “IC” words yet. Ignorance is bliss!

I went to this new doctor in Denver and he was the coldest, most clinical man I had met in awhile. He seemed like an accountant with a lab coat on. Convinced I most likely had bladder cancer, he scheduled me for all the usual tests. I braced myself for the worst.

He discussed making me a new bladder out of my intestines as I was having an out of body experience. He also tells me I have a very small urethra and he needs to dilate it with a ‘French 7.”  “It will hurt,” he says, “but I do it all the time.”  He offers nothing to relax me or for pain, nothing.  I refuse. I ask him if he would let someone do this procedure on his penis with no medication, and he turns as white as his crisp, bleached coat. He got my drift.

I told him I wanted a sedative intravenously or I’d find another doctor.  He tells me I’m overreacting, so I demand to speak to his associate, who I was recommended to in the first place.  He brought him in, we talked and he agreed with my request.  I made my appointment which required someone to drive me home after the procedure. I go to my car and cry like a baby. It was the second time in my life that I had challenged a doctor and won. The first was with my daughter; that was easy.  You just go into mother lion mode, protecting your baby cub, but to demand something for myself, that was different.

The dilation procedure was like torture. I would have passed out from the pain if I had not been medicated.  I remember emitting these primal moans during the torture, sounds that I didn’t even know I was capable of making.

I turned to the Internet. I learned about Candida. I bought the book The Yeast Connection and the Woman by William B. Crook.  In chapter 13, titled “Cystitis and Interstitial Cystitis,” I learned my fate. The words that flew off the page were written about me. He knew me. He knew exactly who I was and what I was feeling, and he had a name for it.  Interstitial Cystitis. It was a moment I will never forget. If I ever get to meet Dr. Crook, I will kiss him right on the lips! He saved my life. I thought I was going insane. I saw the way doctors were looking at me, especially when I told them about the pain and that I needed pain medication. They acted like I was a junky looking for my next fix.

I was told I needed to see a psychiatrist, as I seemed to have anger issues that centered in my bladder. I was told by another doctor to get my affairs in order in case it was bladder cancer, as “you never know what can happen.” Now Dr. Crook through his written words told me it wasn’t all in my head, I didn’t have cancer, but what I did have was not pleasant and I would have to have a test done under general to really know for sure.

I went to my appointment a week later with Dr. Crook’s book in my hand to show my accountant doctor what I had.  I asked him to schedule the Hydro distension under general so I would know for sure.  He had never seen the book before so he read the chapter.  He then looked up at me exclaiming, “You don’t want to have this disease.  It’s incurable and there’s nothing I can do for you except take your bladder out.  And then you’ll have to live with a bag.”

I scheduled the procedure.  He told me I had the worst case of Interstitial Cystitis he’d ever seen and his practice didn’t treat it, “so here’s 30 days of Tylenol 3 and good luck!”

That’s the day I found the Interstitial Cystitis Association on line.  It was a miracle. There were actually many others who felt just like me. The only difference is they were offering HOPE.  I read everything I could get my hands on.  I called and became a member immediately, and that was the best $40 I ever spent.  Getting the newsletter saved my life.

Over the years I continue my battle with this awful disease. I’ve tried herbs, naturopathic, homeopathic, Chinese medicine, any and everything. Because this is such a complicated disease, you never know what might work for you. After eleven years, I still have hope.  Some days I can’t get out of bed, so I allow myself a small pity party for one. Then get right back up and on to living. . .