"How wonderful it is that nobody need wait a single moment before starting to improve the world."
—Anne Frank
Story
Heather Grace 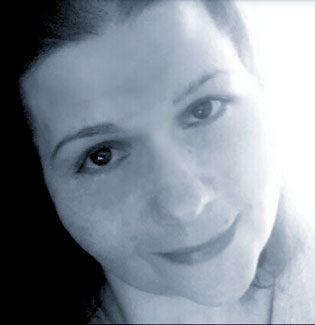 As a child I was taught that if you worked hard, you could achieve anything. So that’s what I did. Put myself through school and then worked very hard at a job in IT, spending countless hours in front of the keyboard. Soon I was in pain.

I’d had a serious car wreck at 19, which was part of what was causing me to suffer. Spending so many uninterrupted hours working further damaged my spine. The lack of proper ergonomics only made matters worse, but I didn’t find anything about that until it was too late. All I knew was that I had ‘made it’ – my career afforded me a life that seemed too good to be true: I had a nice house and someone who loved me by my side, so the last thing I wanted was for the life I’d built for myself to be taken from me.

Eventually, the pain was too great and I had to tell my employers. My world came crashing down quickly. I went from being called “a shining star” by the former owner of my company to someone who was seen as a burden.  I worked hard even through intense pain, but that didn’t matter. Once they knew I needed surgery that’s all they seemed to care about. So they looked for a reason to get rid of me; it was obvious by the way I was being treated. Finally when they could find no fault with my work, they laid me off.

I was in pain, but to after that I was also scared, angry and sad. Everything was upside down. I had to say goodbye to my beautiful house. The man by my side couldn’t take the pressure of a ‘sick’ person, so eventually we parted ways.

As I hoped for a miracle, some way out of my misery, I lost some of the people closest to me. Many friends and family members didn’t understand what I was going through. It felt like I was judged being judged by the people I cared about most, as if they didn’t believe I was as seriously ill as I told them I was. That made me feel lonelier than ever.

Finally after years of waiting, Workers Comp paid for the procedures I was told I needed. First there were two operations on the nerves in my arms. Later, I had surgery on my neck. Everything was done far too late to be beneficial. I had severe nerve damage, which only got worse after all that surgery.  When I told him I was in more pain than before I was operated on, my doctor shouted “You should be better by now” in my face.

It felt like an accusation. Of course I wished I was better!  Who would want this life?  The amount of suffering was unreal.

Thankfully, I finally found a doctor who understood how to help me. He diagnosed me with CRPS and Intractable Pain. Later I’d learn I had Ehlers Danlos Syndrome as well. He’s helped me effectively manage my pain enough to have a more normal life. Sadly, I’ll live with severe constant pain for the rest of my life. The nerve damage is serious enough that I lose control of my fingers when I type or write for too long.

I survive, because I’m strong — a fighter. So many times in the past I wanted to give up, to just die. Dealing with this alone was no way to live. It felt crushing and impossible. Having support and a good doctor makes everything easier. So I keep going, trying to find the joy in each moment of happiness. For me it helps to focus on the bright spots, not the rain.