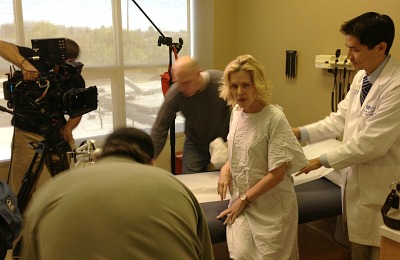 "Every moment wasted looking back keeps us from moving forward."

Various studies have found that women are more likely to suffer from chronic pain diseases, suffer more severe pain and tolerate pain less well than men. Despite a growing body of information about chronic pain, however, many women still report that doctors often dismiss their pain as being “hormonal” or “all in their head.” Too often, the recommended treatment is sedatives and referrals for psychiatric counseling. In short, women hurt more and are helped less.

It is estimated that more than 60 million U.S. women are challenged daily with persistent pain. Without proper medical management, this pain often leads to a lifetime of physical and emotional distress, disability, financial ruin, social isolation and depression. Suicide is common among women with severe pain.

For Grace is dedicated to addressing this disturbing trend by empowering women to become better advocates for their pain care, informing the public and media about the gender disparity in pain treatment and educating policy makers about chronic pain as a major national health crisis.

Our founder and spokesperson, Cynthia Toussaint, was left bedridden for a decade and unable to speak for five years because she was told by her doctors her pain was not real. She has survived many challenging auto-immune diseases for 39 years in order to tell her story for those who do not have a voice.

Also, For Grace has assembled a Women in Pain Action Team, comprised of pain experts who can speak about the gender disparity issue from a personal, clinical and research perspective.

From For Grace’s Women In Pain Petition…

“If I had a nickel for every time I was told the pain was in my head or that I must be stressed or depressed, I would be rich instead of on the verge of losing my house.”
—Deborah Bernardy, #4376

“When suicide becomes a woman’s best option for treating her pain, there is clearly a problem with the system. Chronic pain shouldn’t be fatal!”
—Susan Tagliano, #5360

“I suffer from pain because of a bone desease and can’t get help. I now treat myself with vodka at night before bed.”
—Darlina Anthony, #2854

“My doctor refused to see me because I brought in a book and asked questions.”
—Connie Brown, #2762

“If I am in complete desperate pain, I know not to seek help until I get my emotions under control or I will be told my crying is a symptom of emotional distress, not true physical need.”
—Tristin Belvedere, #2917

“As a nurse and health professional who has suffered with pain for years, I know firsthand women are treated ineffectively, often for their complaints of pain.”
—Mary Pat Conley, RN, BSN, #938

“I knew an old lady that cried because of the pain she was in. Doctors did not believe her. She committed suicide. Her name was also Betty—and she lived in Queens, NY”
—Betty Fernbacker, #2153

“Because I advocate for myself, I’ve been labeled, dismissed and even told to “get the hell out” by male practitioners. My pain remains untreated and suffering is now my life.”
—Glenda Lee Medira, #6005

“There are those who seek to destroy and discredit us. Let them try. They can only make us stronger.”
—Amy Sarandon, #5101 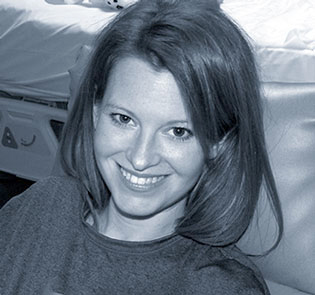 “My husband and I were sat down and told that I was being referred to a psychiatrist. I felt so abandoned by the profession that I had spent the last decade of my life preparing to pursue.”
—Shannon Stocker, MD