"How wonderful it is that nobody need wait a single moment before starting to improve the world."
—Anne Frank
Story
Ingrid Brown 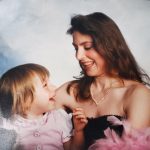 She told me “You have cancer!”

After a 3D monogram I was called into the radiologist office and she told me I had cancer. She pointed to x-rays and said the little white stars on the screen were micro-calcifications and that I needed a biopsy as soon as possible to determine the type of cancer and treatment. I was in shock, so I allowed it. I would have subjected myself to any treatment she prescribed after she diagnosed me with cancer.

On the day of the procedure, I filled out forms, stating my pre-existing health issues (Type 1 diabetes and severe Rheumatoid Arthritis) and acknowledged that there were only three minor complications associated with the procedure; bruising, infection and bleeding. I later learned that other facilities have a two page list of possible complications.

Once called into the procedure room, I was secured in a position that put pressure on my back and neck. X-rays were taken and a probe was shot into my chest, breaking my ribs and sternum and dislocating one vertebrae in my neck and two in my back. It hurt to breathe. I asked for pain medication and the doctor said no. I told her to stop the procedure as I could not stand the pain. My arms and legs went numb. The pain in my right arm felt like when you bump your elbow and they say you have hit your funny bone. That pain is intense, but usually short lived. For me, it was not.

The doctor left the room to research what went wrong. When she returned, she announced that I was experiencing bone pain and continued with the biopsy, all the while I was asking her to stop the procedure, yet she ignored me. Promptly after the procedure, the doctor left and the technician practically pushed me out of the facility. I asked for medical care and advice and was told that I was fine and to take Tylenol.

When I finally saw my primary care physician, he said back and neck injuries can be serious and should be treated promptly. He felt I should have called 911, had my neck stabilized and got my MRI and evaluation records asap.

Neck and back injuries can lead to permanent disabilities and even paralysis. I have been lucky. Calcium deposits in the breast are common in my age group and rarely cancer. Most doctors would have taken a wait and see attitude.

I do not have cancer, but what I do have is unrelenting pain, four and a half years later. If this doctor had been more thoughtful, the biopsy could have been done in a prone rather than seated position. That position would have protected my neck. This overly aggressive doctor injured me. I would like to keep others out of harm’s way, but I don’t know how.

I read other accounts of medical trauma and have learned that many patients are reluctant to seek psychological care. I saw someone who specialized in post-traumatic stress syndrome. One of my problems was I felt like I wasn’t being heard. My psychologist listened and gave advice.

The Medical Board informed me that not enough patients had complained about this doctor for them to take any disciplinary action. The police said she committed assault, but once I left the premises, they could do nothing. The medical expert in my malpractice case said her conduct was common, that many doctors use the “C” word to get prompt compliance. Also, that pushing patients out the door increases the likelihood that they will go home and forget it.

If I was not still suffering from physical pain, I, too, would put this traumatic event behind me. My neck, back and nerve injuries seem to be permanent.

I am sure this doctor never thinks about what she has done. I think about it every day.