"How wonderful it is that nobody need wait a single moment before starting to improve the world."
—Anne Frank
Story
Kathleen Sutherland 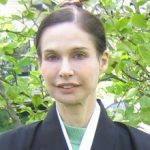 I have had fibromyalgia for the past 25 years, since the age of thirty.  It took six years for it to be diagnosed.  Like so many suffering from chronic pain, especially women, my complaints were minimized, dismissed, and left untreated.  But even once diagnosed, I was still offered neither treatment nor guidance, just an “I’m sorry, it must be fibromyalgia.”

I did the research myself, directing my own care.  Doctors were generally cooperative with my requests for various lab tests or medications, but I was always made to feel a little like a pest or hypochondriac.

It saddens me in retrospect to see that I did not have to endure much disrespect from doctors to sideline myself from the medical system.  I was so vulnerable and gullible that I internalized the eye-roll attitude almost immediately.  I became convinced that I was overreacting to the pain, that my primary issue was anxiety.  In part, I wanted to believe this because the symptoms were pervasive and frightening, and I wasn’t receiving the attention or care I needed.  So I latched onto the hope that perhaps my symptoms would clear up if I could just calm down, not be such a “type A,” not be so…me.

As I bought into the lie, so did those around me. My husband, supportive though he is, felt that if the doctors could find nothing wrong, then it must be psychosomatic.  Friends and family also reacted this way, in part due to the stereotype of the hypersensitive woman, but also because I presented it this way.  I was ashamed of my relentless pain (as if it were my fault), so I tended to psychoanalyze myself when speaking of my symptoms. It’s as if I were trying to convey that I had this all under control, in some convoluted way.

Unless I had a real fright with the onset of new symptoms, I avoided doctors and tried my best to ignore the pain; or I turned to self-help books, spirituality and alternative medicine.  These avenues in some respects were as bad or worse than mainstream medicine in their tendency to blame the victim or attribute pain or illness to “wrong” thinking or beliefs.

I also fell into a lot of self-blame and loathing due to my disordered eating.  When I finally recovered from this with 12-step program help and began to eat a healthy and balanced diet, I hoped for and almost expected to have a miraculous recovery.  I did feel better, certainly.  But I also discovered that clean eating does not cure fibromyalgia.

Though I continue to live with pain, a great burden has been lifted in coming to understand that my pain is not the result of my very human emotions, that it is not my fault, that it is real.  This has happened because women are now speaking their truth.  I am grateful to all who have done so, and to now join with those voices.
< Previous Post
Next Post >