"How wonderful it is that nobody need wait a single moment before starting to improve the world."
—Anne Frank
Story
Kristina Breen 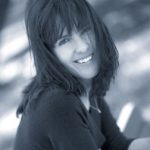 My journey with pain began back in 2006, when I had pretty straightforward surgery on my right knee. Unfortunately, it turned out to be anything but straightforward, and as the pain and inflammation continued to get worse post-surgery, I was diagnosed with Chronic Regional Pain Syndrome (CRPS).

My doctors were hopeful it would easily go into remission as I was diagnosed early, but after multiple sympathetic nerve blocks, ketamine and lidocaine infusions, and more drugs than I can remember, the CRPS rapidly spread throughout my entire body. I remember sitting at work one day, with pain in both legs as my CRPS had already mirrored itself to the other leg. I felt a burning pain start to crawl up my back, down my arms, and eventually across my whole body.  It took all of one minute to spread everywhere. I was hysterical and I was on fire.

Luckily for me, I was able to eventually manage my pain with a spinal cord stimulator. It felt so amazing to be able to finally get off medications, and I felt so blessed to have life go back to somewhat normal.

Except when you have CRPS, life can be anything but normal. While I am one of the incredibly fortunate CRPS sufferers to have had found such relief, and be able to get back to living my life –   going to work, traveling, and working out, initially learning to pole dance, and now loving the art of jiu jitsu – I’ve also had my ongoing struggles with the pain, other illnesses and symptoms that came along for the ride. These include fibromyalgia, restless legs, IBS, Raynauds, the debilitating fatigue, the brain fog which can be so frustrating when you know your brain used to work differently but now you just can’t get it to function quite the same, the weird twitching and wonderful rainbow of colours you get in your limbs. Life over the past 14 years has not been dull.

To the pain-cancer connection, it had never really crossed my mind as I have never been diagnosed with cancer. But after Cynthia brought up the topic, it made me stop and think about my own health challenges these past few years.

Then only a few months after that, blood tests showed I had high levels of abnormal proteins, and I was diagnosed with monoclonal gammopathy. Yet again, not cancerous, but puts me at a slightly higher risk of developing multiple myeloma. It’s made me think a lot about what underlying issues could trigger both, be that inflammation, auto-immune issues, diet, emotions, or words not spoken. I am guessing for each of us, the answer will be different.

Fast forward to 2020 and these two paths are now starting to collide for me. A recent bone marrow biopsy showed my abnormal proteins had significantly increased, putting me theoretically into the zone of having multiple myeloma. Although I was not given that diagnosis as all the other markers are normal.

As my oncologist said, ‘I don’t know quite what to make of it’.  Words I have heard a lot on my healing journey.  At the same time, having just had my spinal cord stimulator replaced with a newer model, I am now thrown back into the world of searching for pain management solutions as it’s not providing the same level of pain relief I had before.

So my journey continues. But as I weave these two paths in my head, I have started to focus on how to become much more empowered to truly heal myself. As chronic pain/illness patients, we experience a lot, learn a lot, and know better than anyone what works for our own bodies and what doesn’t.

I am also a very spiritual person, with a strong belief that everything happens for a reason, that it’s all part of my life’s journey of learning, and that the answer to my healing is out there, just waiting for me to find it.  And that gives me the strength, courage, and hope to keep looking.