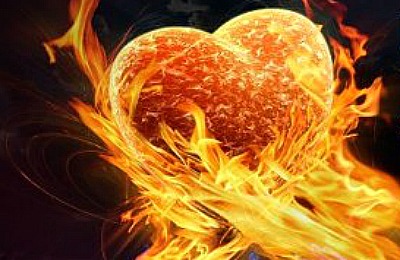 I won’t sugar coat it. Fighting breast cancer with chemo is a nightmare.

After three infusions, I’ve grown accustomed to the weekend fatigue that will barely allow me to leave my couch. On infamous Chemo Day 3, after being up all night with aimless energy and a racing mind, I literally feel like I’m going crazy, as if I’m a stained-glass window that’s been shattered and I can’t quite figure out how to put the pieces back. The doctors refer to this symptom as “steroid induced psychosis.” I’m trembling, dizzy and dropping things. My spirit and joy for life are almost non-existent as I generally feel flat-lined emotionally. Being nauseous and rapidly going bald round out the experience. You get the picture.

On a positive note, my pain remains in check after a fear-inducing first week. With my initial infusion came a CRPS-like symptom known as myalgia. For several days my legs would get unbearably achy before amping to up-all-night, think-I’m-gonna-die pain. Terrified, I made an emergency appointment with my integrative doctor – and Dr. Taw’s reassuring nature and acupuncture treatment calmed my mind and body. As always, integrative medicine is my best healer and my new chemo-induced pain symptom is gone.

I’m happy to report that despite the trauma of chemo, all is progressing well. That being said, I’m certain I’m suffering far more than need be due to the over-care of western medicine. This has always been my complaint with pain care, and now with cancer treatment it’s the same damn thing. Truth be told, I think western medicine’s doing the cancer thing completely backassward. They’re making us patients suffer far more than necessary. It’s called “over-care” and it’s all about the blessed buck.

I got the first whiff of profit-motive after I had my port surgery (an implantable device that provides a direct line to the artery) – a procedure that blew up my CRPS so badly I strongly considered not following through with the chemo. After somehow surviving six days of hell, my infusion nurse on intake asked me why on earth I had a port. “For these drugs, Cynthia, we just go through the arm.” Stunned, I asked my doctor if this was true as he’d told me the port was non-negotiable. Chagrined, Dr. Lewis, my oncologist, admitted to the deceit, but with the rationale “the port is much easier for access.” Sadly, my port isn’t working well, needing multiple flushings to clear it. And it may stop working altogether.

Another big money maker for this healthcare system happened when I arrived for my first infusion. After doctor appointments, procedures and preps, a nurse casually mentioned they’d forgotten to do a kidney work up and wouldn’t be able to start that day. I got the sense that this kind of screw up wasn’t uncommon. All I could think about was how much money they’d just made off of me – and absolutely nothing got done.

And then there are the many expensive, unnecessary drugs. Before each infusion I get zonked with enough meds to kill a small donkey. In fact it’s the steroid and Benadryl delivered by IV that make me most miserable through the week. These drugs are supposedly given to fend off an allergic reaction to the chemo. But when no reaction happened, Dr. Lewis kept me at the same levels. Angry and suffering, I pushed him to lower both doses and allow me to take them orally. He finally acquiesced, and the crazies have tempered. Next round, I’ll be pushing hard to go down all the way. Far fewer bucks in their pocket, but, thankfully, far less suffering for me.

Another suspicious money maker is the plethora of anti-nausea meds they’re plying me with. One, aprepitant, is doing the job, probably too well, at almost $3000 a pop. When I talked to Dr. Lewis about having so little nausea – “Hey, can we go down?”- rather than decreasing the aprepitant, he pushed me to take preventative anti-nauseas through the week. Again, he’s medicating a symptom that’s not plaguing me. Oddly when I told him that I wasn’t taking the additional Rx’s, he refused to remove them from my records. Think about it. Data gleaned from my chart will help sell drugs that I’m not taking, but are deemed successful.

On the integrative front, it’s just not happening with my infusion center, one known for this progressive care approach. Dr. Lewis is kind and smart, but to my disappointment, he basically dismissed my plan to exercise, work, eat a cancer fighting diet, meditate, get good sleep, etc. to enhance chemo efficacy. He applauded my motivation, but has never followed up. When I asked about his experience using acupuncture for cancer patients, he mentioned knowing a doctor in med school once who had tried it. Frankly, I was stunned at his ignorance.

At the infusion center, it’s more of the same. I find it nonsensical that the nurses want fitness tips from me, the patient – and, in fact, I’m helping several of them with their exercise and diet. Then when I was offered a snack, an assortment of chips and soft drinks, they almost did a double-take when I politely declined their junk food, asking for fruits and nuts instead. Still, I’m bonding with these super nice women who seem genuinely pleased that I question my doctors and have taken the leadership role of my care.

Due to my CRPS, I educated myself for six months before choosing which cancer treatments to take, with whom and where. At Dr. Taw’s strong suggestion, I’m going low and slow with the chemo. Instead of getting a big blast every three weeks which is the traditional method, I do a third of a dose weekly. This regimen affords me fewer side effects with far more efficacy. And perhaps more importantly, it greatly lowers the chance of me getting more high-impact pain in the way of neuropathy and bone pain. I feel in control or, at least, I’m getting there. I feel empowered.

I thought cancer care, because of its advanced standing as a measurable disease and mountain-high level of funding, would be light years ahead of pain treatment. But I couldn’t have been more wrong. In fact I’m more aware than ever, that out of necessity we women in pain have had to find our own outside-the-box pain remedies, and these inventive, integrative strategies lead to healing and well-being. My 37+ years of being a critically-thinking pain warrior are serving me beautifully with cancer. More to the point, they could be saving my life.

With every new diagnosis, we must avoid panic, follow our guts, get educated, ask questions, choose our health care practitioners with utmost care and trust – and, most importantly, take responsibility for our own wellness.

Spoiler Alert: By finding chemo my way, a “miracle” has happened. I’ll share the good news in my next post…