"How wonderful it is that nobody need wait a single moment before starting to improve the world."
—Anne Frank
Story
Lisa Sherwood 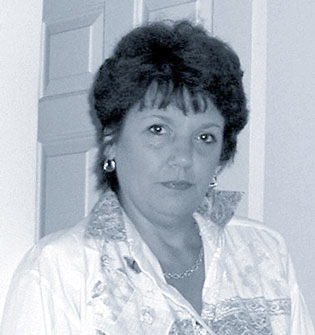 I was 33 and a single parent, having lost my husband at 27 to a brain tumour. At 29, I fell pregnant on my first venture back into the world after his death.  I didn’t have a lot of money, but I wasn’t broke and I had the constant support of my parents. My daughter was happy and healthy.

In the November, I woke with what felt like the worst hangover you could imagine. I hadn’t had a drink. I could not move my head from left to right and this blinding headache stayed for two weeks. It then started to shoot bolts of lightening across my right cheek up through my eyebrow and out through the top of my skull, taking my breath way.

I had two weeks in the next four years when it stopped. I was still trying to work and bring up my daughter while it spread to every branch of the trigeminal nerve on the right side of my face. My General Practitioner, after much pleading, organized a CT scan, two years into my illness. It showed nothing. Eventually he organized an MRI – it showed nothing. All this time taking copious amounts of painkillers, I felt depressed and suicidal.

Even the pain clinic I had been referred to spoke to me like I was a child.  I was sent to a psychiatrist. By that time my GP had said, and I quote, “Because your husband died of a brain tumour, you must think you’ve got one” and, “It’s stress, you’re a single parent”, capping that off with “I’m fed up with your s#*t.”

I was just too ill and exhausted to report him.  I changed GP’s twice. Lo and behold, neuralgia reared its ugly head on the left.  I bit on a piece of toast to experience screaming pain radiating down my left jaw and firing into every tooth. Another doctor, another CT scan – nothing!  I was now four years down the line.

Yes, one neurologist eventually diagnosed me with Trigeminal Neuralgia, but he could not tell me why.  Bilaterally is totally “unheard of and you’re far too young” I was told time and time again. Another told me he could operate on one side, but I would still have it on the other so he wasn’t prepared to do either.  Another neurosurgeon (my third or perhaps fourth) told me I had some psychosomatic disorder.  I was living on huge doses of anti-convulsants. They were the only drugs that quieted the right side down, but did nothing for the left which seared rather than fired.

My life was simply not worth living.  But I realized my parents were too old to be left with my young daughter so I had no choice.  The way I was treated has put me off visiting a GP for anything at all.  One day I will probably die of some undiagnosed condition as a result.

In 1995, a second MRI (my fourth neurosurgical unit – I was fast running out of options) found a probable problem with the blood vessels at the base of my brain on the right, and a definite problem on the left! I had been ill six years. My daughter had been only four years old when it started, and I couldn’t bear her anywhere near my face.  Often not anywhere near me at all as I was in too much pain. I could not clean my teeth properly, wash my face or put on makeup. I could not chew food, I had to have it liquidized.  Sometimes I could not even take in a breath of air. I lost over 30 lbs.

Eventually I under-went bilateral micro vascular decompressions at the base of my brain, plus a rhysotomy (where the nerve is burned and damaged to stop it from firing.) I am numb on the left side. My mouth is numb inside, a small price to pay.  I now only take painkillers for the occasional headache, just like anyone else. I am still very careful in the wind. I do not sail.  I do not hike in the open air. I never walk in the fog. I am not totally cured – I never will be – but my life is worth something again.

They call Trigeminal Neuralgia “The Suicide Disease.”  One neurosurgeon said I had “survived BECAUSE I was young and could find something to look forward to. The elderly having nothing.” I have never forgotten that remark. The pain on a scale of 1-10 was nothing short of 15!  I lived with it daily for six years   I did not fit the doctor’s profile. I was too young at 33, it’s more common over 50. The pain did not come and go in the usual way. It was there every single day.

Do you think if I had been a man I would have been told by a GP that he was “fed up with my s#*t?” Do you think he would have assumed that I thought I had a brain tumour? The symptoms were nothing like my late husband’s illness.  I just wanted to share this story in the hope that it may give anyone out there in pain the courage to keep trying to find the answer because there is one however much the medics try to convince you there isn’t.  It’s not “all in your head.”  Pain is there to tell you something is wrong and you know your own body. I wish for other pain sufferers the strength to keep looking and to never give up hope.