"How wonderful it is that nobody need wait a single moment before starting to improve the world."
—Anne Frank
Story
Pat Wetzel 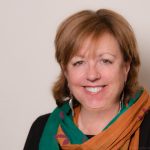 Illness and pain often go hand in hand. I have been rather lucky in that my pain has been at relatively intermittent intervals, although it has now devolved into chronic joint problems.

This starts in 2009 with a cancer diagnosis. Incurable, the doctor said. The expectation was set that I would be in and out of treatment the rest of my life. And perhaps that is still true. But I have decided not to become tethered to the allopathic medical profession. Instead, I sold my house to travel.

But back to the pain part of the story. After being misdiagnosed and thus turned down for a clinical trial at Stanford, I was faced with spreading cancer and the need to treat it. I tried to avoid the heavy duty chemo route and pushed first to try a monoclonal antibody, Rituxan. Rituxan is often added to the chemo mix for greater efficacy and used for maintenance. In some cases Rituxan alone did provide remission, and I wanted to try that.

Little did I know that Rituxan would become my drug from hell. After the first infusion, I was so sick and in so much pain, I would scream in the hot shower just trying to open my hand. I could barely get out of bed. I hauled myself into the oncology office (no small feat!) only to be stood up by my doctor who failed to show for my appointment. I was near tears. All I wanted to do was somehow manage the drive home, barely able to hold the steering wheel, and crawl back into bed.

When we finally connected for the next infusion, I discussed my pain. “Steroids,” he said. Looking at a drug that might be a part of my long term (remaining) life, I said no. Instead I arranged for a month of intensive (and expensive) acupuncture and all my symptoms went away. At least for the moment.

The cancer continued to grow with a tumor wrapped around my aorta. Next step was chemo, RCVP (the R stands for the Rituxan). I continued to have problems with side effects from Rituxan (a potentially life threatening inability to breathe, head to toe hives). I toughed it out hoping that it would improve the outcome.

And then it was prescribed as a maintenance drug.

My particular lymphoma–nodal marginal zone lymphoma– is slow growing, until it’s not. It can transform into a more aggressive lymphoma that can be quite deadly, quite quickly. Should this occur, a stem cell transplant is the next option. And even that offers no guarantee that the original, slower growing cancer won’t return.

After continued problems and another visit to Stanford (where they pronounced that I needed to go on the transplant list­–had they waited for the biopsy results, they could have spared me two weeks of despair and panic), I decided to drop the Rituxan as maintenance. But the next round of chemo would be Bendamustine plus Rituxan. Supposedly this would be “easy” with fewer side effects. It wasn’t.

Perhaps it was the Rituxan (I am inclined to think so); perhaps it was the massive, ongoing bombardment of steroids and other drugs that go with three rounds of chemo. I’ll never really know. But within months of finishing the third round of chemo I started having intense leg pain, had trouble walking, and was eventually told I needed a hip replacement. But for a variety of reasons, I could not have the operation for nearly a year. The bone on bone pain was gruesome. This athlete, tennis player, hiker and skier, had to resort to using the motorized carts whenever possible. Complications from the surgery meant my sporting days were over.

Today I deal with all sorts of pain and joint issues. I don’t think anyone really knows what’s going on with my body and I prefer to seek relief away from the drug oriented, allopathic medical world. I am so very lucky compared to many that I hesitate to even share this story. But if there is something to come from it, it is take charge of your treatment. You are CEO of your own health. And most of all, enjoy the day.

Special Note: Pat Wetzel is the Founder of the Anti-Cancer Club and creator of CancerRoadTrip. CancerRoadTrip is a film series about healing post cancer treatment. Every quarter seven people–Pat calls them Travelers– are selected for a bucket list trip in some of the world’s most iconic locations. Over time Pat will be creating a film series about health and healing, from a variety of cultural perspectives, through the eyes of her Travelers.

And listen to Pat’s new podcast, Bump in the Road, about how people deal with the twists and turns of life, emerging on a more conscious and meaningful path.