"How wonderful it is that nobody need wait a single moment before starting to improve the world."
—Anne Frank
Story
Paula Kamen 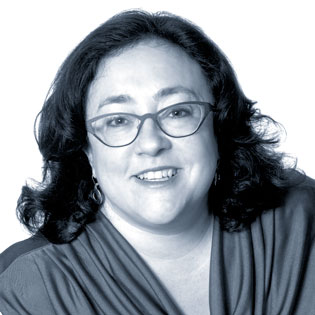 Over the years, in my desperation to reclaim my old life, I was obsessed with trying every possible “cure,” no matter how expensive, damaging and irrational: from dozens of mind-numbing drugs to a failed surgery to a vibrating hat from a late-night Infomercial.

Indeed, after an epic—and at times absurd—odyssey through the extremes of Western and alternative medicine, I have not found a cure for the physical pain. But I have still learned a great deal, the hard way, about how to manage pain that won’t go away, which includes addressing and treating the mental and emotional pain that inevitably accompanies chronic pain.

I share these lessons, and medical-system critiques, in my memoir, journalistic report, and black comedy, All in My Head. The book goes beyond my own experiences and stops to address different “big picture” issues involved, such as framing chronic pain as a “women’s issue” – because of women’s disproportionate suffering with pain disorders and typical medical undertreatment for their pain.  While it is specifically about chronic headache, the book also speaks to the particular experience of those with an “invisible disability” and the “thick-folder patient” in general.  This book is the first one written on my specific disorder, “chronic daily headache,” a constant or near-constant headache, that affects about 4-5 percent of the population (and about 10 percent of women of childbearing age).

The Boston Globe called All in My Head “a must read” and salon.com said it “connects the dots on this issue of women and chronic pain in a way that nobody else has done.” Kirkus described it as “sharp, entertaining, informative, and blessedly free of poor-me-see-how-I-suffered-ism.” And The Women’s Review of Books describes the book as “exhaustively researched, comprehensive in its cultural analysis, effectively organized, engagingly written, and, well, a riot.”

I have also widely spoken about the book, to both popular and medical audiences, including at the International Museum of Surgical Sciences in Chicago , sponsored by the Hektoen Institute, and at the Tufts Medical School in Boston.