"How wonderful it is that nobody need wait a single moment before starting to improve the world."
—Anne Frank
Story
Stephanie Curry 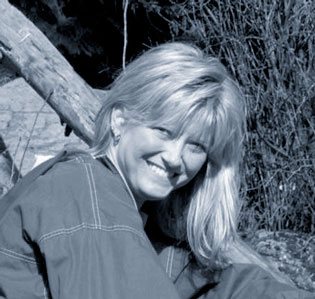 (as told by her partner, Candie)

With my life-partner and best friend beside me recovering from surgery- an intra-thecal spinal pump replacement; I will tell you her story. It is a happy one, despite the many speed bumps of pain and frustration.

Stephanie, now nearing her 39th birthday, was working as a mental health worker at a group home for troubled teenage girls in LA County- 1993. Working on her MS in Clinical Psychology, Stephanie was assaulted by seven girls. Her left leg was broken in four places; left shoulder separated, her jaw was fractured and she sustained eight herniated discs. Amazingly, with all these injuries, the CA worker’s comp system took three years to diagnose her blatantly obvious RSD symptoms.

Stephanie spent seven years as a manager at a health insurance company. Her unbearable pain was treated with experimental medications. No one knew what to do for her so everyone gave her drugs. She was alone and could only pursue help when she was coherent enough to help herself. The doctors tried barbaric nerve blocks, strapping her to the table while they poked and prodded as if she were a lab rat.

For nearly three years she was in a wheelchair. Still, she kept working. Finally, an intra-thecal spinal pump was put in, but the medications were still being prescribed like candy. One night in the hospital after being told she had two weeks to live – doped up and desperate, contemplating suicide – Stephanie knew she had to take a chance on life. A life which she needed to be present. She cried out for God and He answered. I’ve been waiting for you, He said.

Stephanie went home and swore off her medications. She decided to see what the pump would do, and if she was going to live, she needed to be as free from medication as possible. She detoxed herself, save the painkiller that drips into her spinal cord. She left Los Angeles and moved to Seattle, alone, to find better health. Over the next four years she took baby steps toward managing her pain by believing that she deserved a better life.

I met Stephanie eight years after she first had a pump put in. She goes to the gym, she does Yoga, she hikes. Everyone loves her. Her smile is radiant. Her heart is pure. Her spirit is contagious. And every minute of the day, she is aware that her four-limb RSD is a part of her. Her pain management is as present as the air she breathes. Doctors still argue about what to do and Stephanie still has hope that one day she won’t need a pump.

Maybe finding a better cure for women’s pain will take precedence over erectile dysfunction. In the meantime, believe in yourself. This beautiful woman is a shining testament to the power of courage and hope, and God’s love. I am blessed to be able to love her.